We stayed with Jetwing Kaduruketha a couple of weeks back, and to that end we got the whole nine yards of what any of their guests would get, including the tours and sights of what’s available in and around the Wellawaya area. For those who doesn’t know, Wellawaya is about an hour’s drive away from Ella, and is a couple more hour’s drive from Diyaluma Falls. 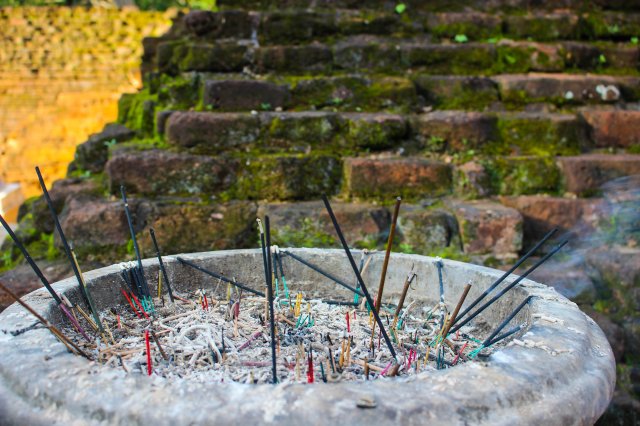 This blog post will give you an idea of what you can expect to do in the area, should you wish to go exploring. Most of the places are either historical, or laden with amazing views.

The second highest fall in Sri Lanka, this is about a two hour drive from the hotel. Drive along the Beragala Road and take the turn from Koslanda. There are a couple of different tracks available though. The staff arranges hikes right to the fall head — and the view on the way up is quite spectacular. Your walk takes you through fields of wild-growing lemon grass, and has trees laden with local gooseberries. 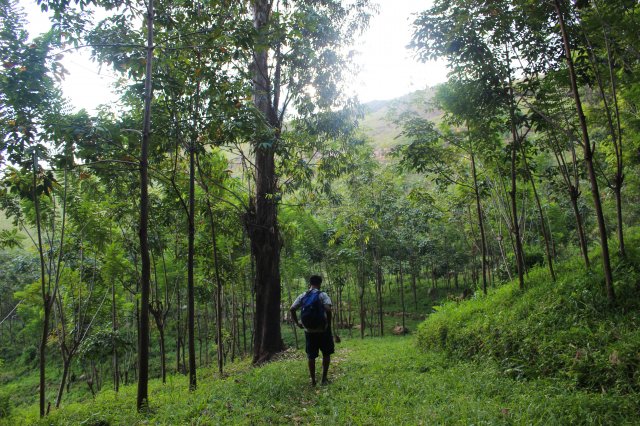 Then, you’re on top of the world. Or the fall head. 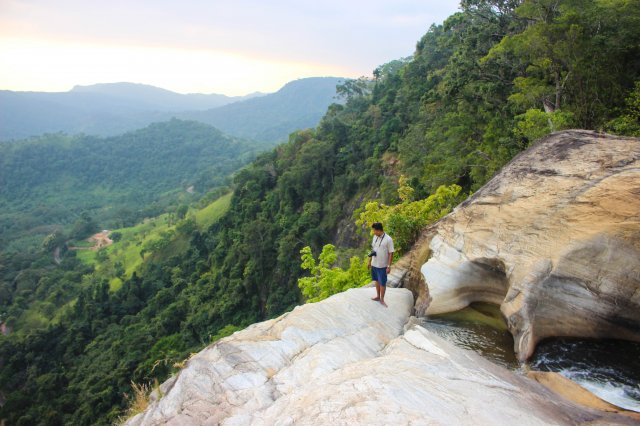 This place is sort of mythological because visitors who’ve been there won’t give you directions or tell you where it is. I won’t either, because half the fun is in finding it. But, you know it’s called Ellewala, and that it’s about a 20-minute’s drive away from the hotel.

Clue: it’s the road next to Alikotaara (or so we were told). 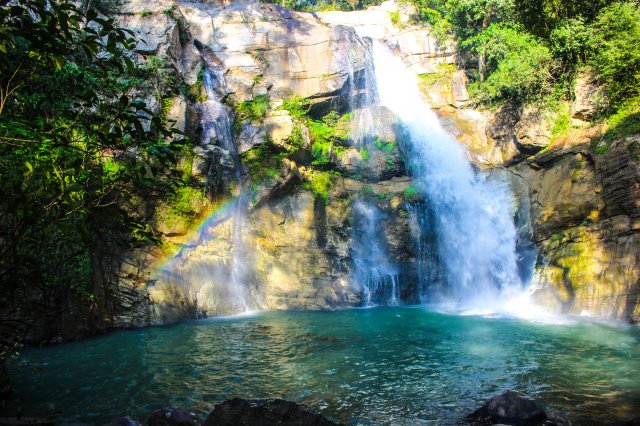 It’s quite a hike if you’re going alone, and the track peters out after a while, leaving you to climb a few boulders and find your way if you’re insistent enough. Needless to say, it was well worth the effort just to see this. Go early in the morning, and the play of light and water produces a couple of rainbows which gives this place an even more magical aura.

(PSA: Despite its serene appearance, we were told it’s approx 50ft deep in the middle, so don’t do anything rash.)

Next up are a couple of historical sites, just a few minutes away from each other.

This little village is popular for being the home to Sri Lanka’s tallest free standing Buddha statue. Carved out of limestone in presumably the 7th century, it was found in the early 1950s and re-constructed in the 1980s. 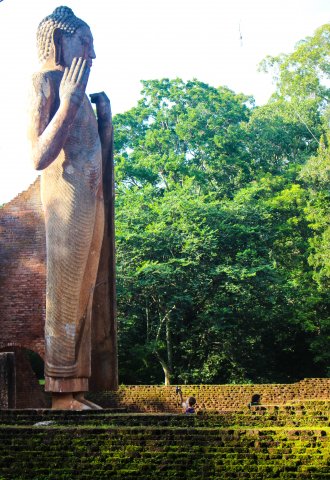 Unfortunately, the majesty of the statue is barred by a rather ugly roof which was constructed over it even more recently. We were told that this was to protect it from the elements.

Also known as the Avalokitesvara statue, this is 10 metres tall, a mere couple of metres shorter than its Maligawila counterpart. 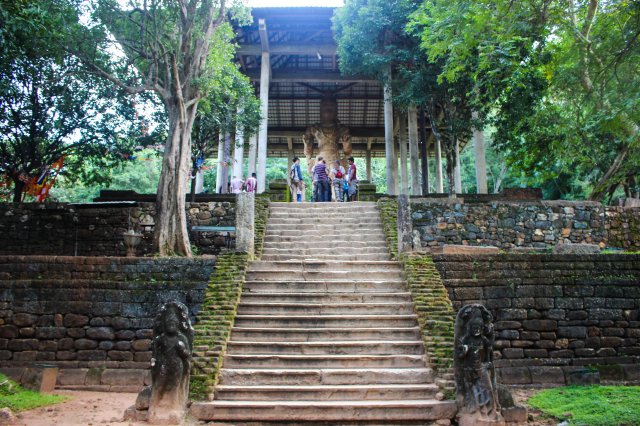 The entrance to the structure leading to this statue is flanked by two ancient muragal – guardstones – and, a bit further off, is a historical pillar from the 10th cenury upon which words by the then King Mahinda the Fourth, are inscribed. 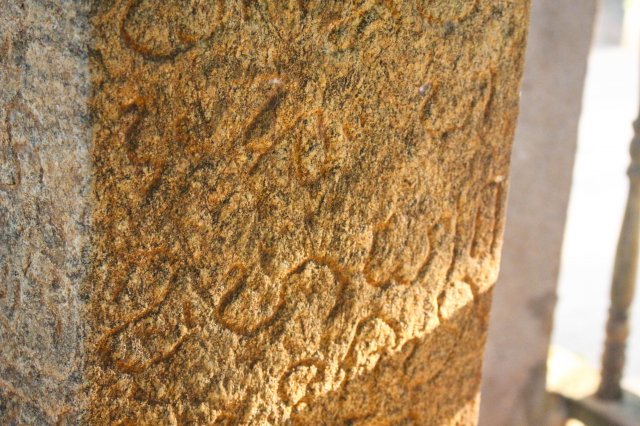 More closer to home, practically right outside your cabins. Wake up early and walk into the middle of the field to catch the sun breaking out through the Poonagala Mountainrange. It was a bit cloudy when we checked it out, but beautiful nonetheless.
Also, please ensure that you don’t stray off the path and damage the paddy, farmers work really hard to yield good crop. 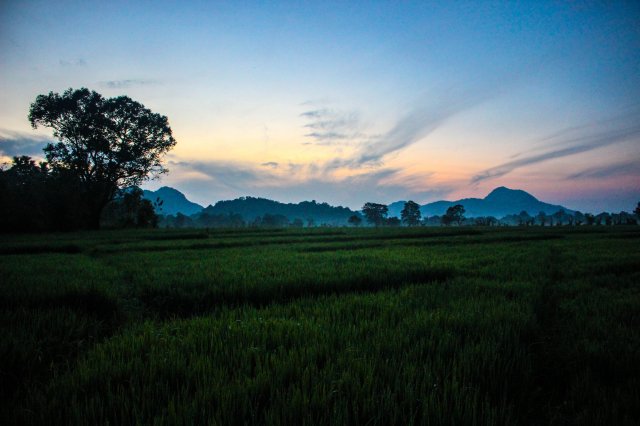 There are a few more sites to visit and things to see of course, including a couple of temples, a museum, and bike rides along the villages, but this hopefully gives you an idea of what you could expect to do there.

Hope you found this useful, and happy trails!