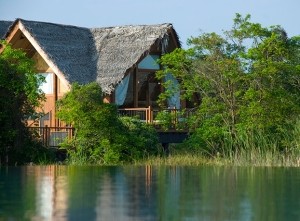 Five new hotels to open and three more to be expanded

Sri Lankan hotel group Jetwing has unveiled plans for as series of new and expanded properties to launch in the coming months.

In September 2015, the company will launch two new properties, including the 55-room Jetwing Yarl in the northern city of Jaffna, and the 25-room Jetwing Kaduruketha, in the south-central town of Wellawaya. The Wellawaya hotel will feature a spa and swimming pool.

Then in December, Jetwing plans to relaunch three of its hotels, with extra rooms and facilities. Jetwing Kurulubedda hotel in Galle will see the addition of four new pool villas, while 24 rooms will be added to the Jetwing Ayurveda Pavilions, a luxury wellness resort in the beach resort of Negombo.

Also in December, the company intends to launch six new thatched pavilions at the Jetwing Vil Uyana, a rural retreat near the ancient city of Sigiriya, central Sri Lanka.

And the expansion will continue in August 2016, when another three Jetwing hotels are scheduled to launch. Jetwing Colombo will be an upscale hotel in the Sri Lankan capital featuring 70 rooms, 30 serviced apartments, a gym, swimming pool and two restaurants, while the Jetwing Lake in Dambulla, central Sri Lanka, will offer 94 rooms and suites, a spa, gym and swimming pool.

Finally, the Jetwing Arugam Bay in Pottuvil, on the country’s east coast, will be a beachfront resort with 20 villas and a swimming pool.

In total, Jetwing now has 27 hotels either open or in the pipeline across Sri Lanka.