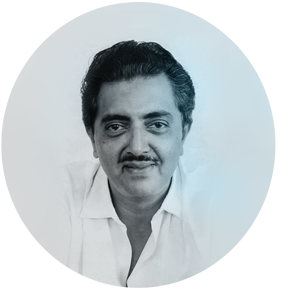 Nawalagé Gerald ‘Herbert’ Cooray was born in 1929, the second of three children to Jeremias and Agnes Cooray. 1929 was also the year in which ‘Popeye’ was created and indeed, Herbert was every bit as tough as the lovable “spinach” eating cartoon character. For Herbert though, his “spinach” was his country, his people, his family and his staff.

Promoting his country as a tourist destination was not a childhood dream of Herbert. Of course, ‘Ceylon’, as Sri Lanka was then known, was hardly conducive to tourism in the first half of the previous century with modes of transport as yet evolving, not to mention the not so small matter of a couple of World Wars. In fact, Ceylon was very much the preserve of the original intrepid traveller, or more aptly, the hard-nosed explorer with plenty of time on their hands, whose vivid descriptions of the emerald isle conjured up exciting fantasies and imagery of another world. And in the main, these fantasies were as close as what most people were able to get to the paradise island, until around the last four decades or so.

Progressing from school through to University, Herbert displayed an interest in politics – ‘Ceylon’ had only just been granted independence from the British (1948) and there was a euphoric atmosphere in the air, especially among the youth. His first job nonetheless was with the insurance arm of a reputed British-owned company where he remained till he was 29 years of age, broken by a six-month travelling stint across much of Europe with a handful of close friends. Along the way, at the age of 27 Herbert married Mary Josephine, who bore him a daughter and son – Shiromal and Hiran.

At 29, Herbert left his insurance job to join the family business, N. J. Cooray Builders – a building construction company which was founded by Herbert’s father, Jeremias. It was to be a fortuitous decision and one that set Herbert on an irreversible path of discovery, passion, vision and triumph.

Taking over from what had been started by his father, Herbert developed N. J. Cooray Builders and the company soon grew to be one of the most reputed in the business. This period, the 1970s also coincided with the country’s early explorations and forays into the tourism industry, and as the building contractor for G. E. B. Milhuisen, a pioneering resort hotelier in Sri Lanka, Herbert was certainly very well positioned. When Milhuisen brokered a deal with Vingresor, a Swedish tour operator to build a hotel in Negombo, he challenged Herbert to construct the 40 room Sea Shells Hotel in a matter of just months – an unthinkable proposition in Sri Lanka at the time given its lowly levels of building technology at the time. Nevertheless, Herbert duly completed the task much to the delight of his clients and it was at one of their regular meetings that the seed for developing his own hotel was first sown. His client suggested to Herbert that instead of constructing hotels for others; perhaps he should consider doing the same for himself!

It was a defining moment in Herbert’s life and the rest is history as they say. Herbert followed their advice with a modest six-room offering initially, before going on to create one of the largest, and most respected hotel chains and tourism organisations in the country. Indeed, he ranks as not only one of the pioneers of the industry, but a veritable giant who, as an individual, created his own empire in an industry in which all the other big players were divisions of large corporations with far greater resources to ply into their operations.

Herbert passed away in 2008 at the age of 79. He was involved in the business till the very end. A business that virtually, throughout its entire evolution, coincided with the debilitating fratricidal conflict in Sri Lanka. It was hardly the recipe for promoting tourism. Time and time again, over a period spanning three decades, serious incidents of violence led to tourists understandably abandoning the country as a tourist destination. And time and time again, the industry was literally brought to its knees. It is in this context that Herbert’s achievements must be viewed, and it is in this context that his achievements take on a new dimension. Herbert never lost faith. He never lost faith in his country; he never lost faith in his people. Herbert was always optimistic that someday Sri Lanka would enjoy peace again, and with it, accrue the benefits befitting a peaceful and enterprising society.

Herbert did not live long enough to see his profound wish for his country transpire. But one year on since his death, there is renewed optimism in Sri Lanka that the cycle of mayhem and madness has finally been broken. While problems persist and there remains much to be resolved in the country, Herbert’s enormous legacy, borne through his vision, resilience and the courage of his convictions in the face of seemingly insurmountable odds, is now in a position to bear fruit in the manner he had always envisioned.

Herbert’s success was spawned by his passion for his country and the pleasure he derived from show-casing it to the rest of the world. He combined an entrepreneurial flair with genuine warmth, friendliness and a hospitable nature which drew people to him. Herbert was also an innately humble and compassionate man with a strong sense of ethics and family values. And these are the qualities around which Jetwing has grown, both as a company and as a family; qualities that have been instilled and resonate in the hearts and minds of each and every one of his Jetwing family.

This legacy is now being carried forward by the next generation through his children Hiran and Shiromal, who share their father’s passion, pride and vision for their country and their organisation.