It is now the ideal time to visit the cultural triangle if you would like to experience a unique bit of wildlife. Over the next few months, you will get a chance to witness one of the most amazing wildlife spectacles in Sri Lanka as well as the world – The Elephant Gathering. 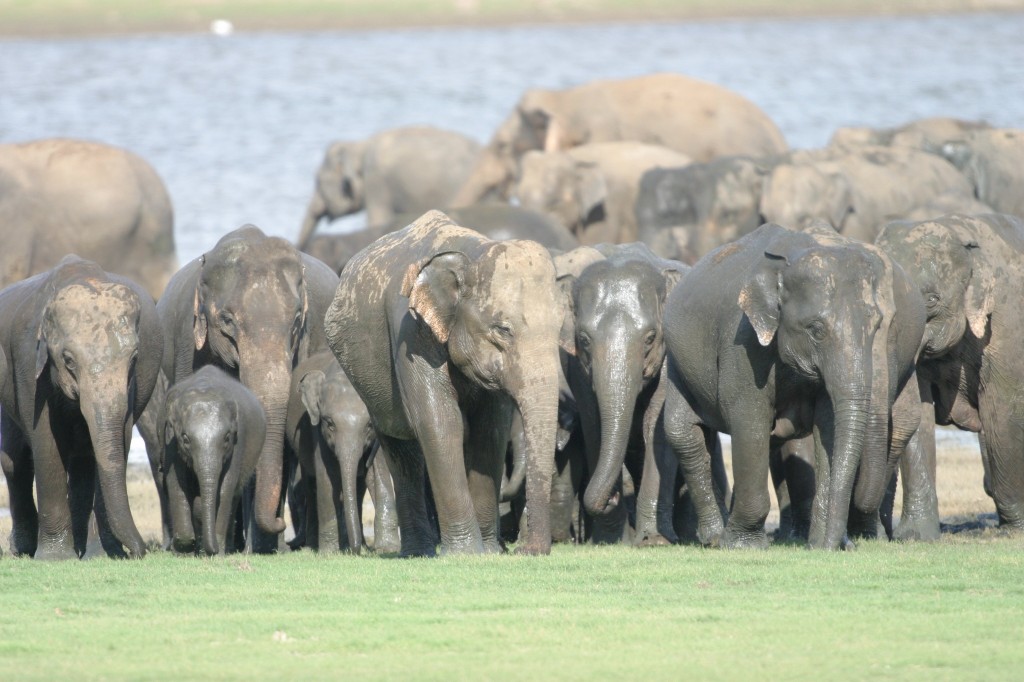 This terrific spectacle takes place every year between July and September, when the dry season starts, and the water levels diminish and the leaves on trees withers and falls in the area. In order to find food and water during this season, the elephants from the surrounding area and beyond travel to the Minneriya reservoir where there is water and the grass and leaves are rich and fertile. This is merely a gathering of elephants during the dry season in order to feed, bathe and possible mate and not a migration of elephants. During this period, you will be able to witness about three hundred to four hundred elephants around the Minneriya tank. This phenomenal sighting was listed as Number 6 in the Lonely Planet’s Guide to Natural Wildlife Spectacles of the World. 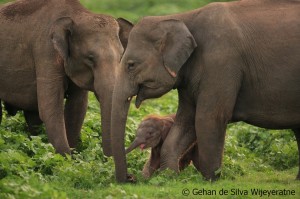 I was lucky enough to witness this remarkable gathering last year. We went on two safaris to Minneriya National Park, one in the morning and one in the afternoon.  In the morning we saw about four or five elephant families. We also saw an elephant baby which was only one week old, according to the naturalist. The mother elephant and the rest of the members in the herd were very protective of the baby elephant and tried to keep him hidden from us, while we were watching from the jeep a short distance away. All of them kept a close eye on us to ensure that we will not harm the baby elephant. The baby elephant was so playful and lovable. We could have observed this baby for hours and not got bored.

In the afternoon safari, we straightaway headed towards the Minneriya reservoir hoping to see the elephant gathering. However, when we arrived at the tank, to our disappointment there were only about fifty elephants when we had expected much more. The naturalist told it was because we came a bit early on the safari and in few minutes time there will be hundreds gathered. We decided to go around the national park to see some other elephants. We saw several elephant families as well as elephants that were travelling alone, all heading towards the Minneriya tank. We managed to see elephants of all age groups – baby elephants, mid aged elephants, adult elephants and old elephants. There was one very old elephant that was over 50 years old. He was travelling alone. His skin was all wrinkled and he seemed to be violent. He did not like to be watched by us. Most of the elephants that were travelling alone seemed to be a bit violent. The naturalist said it was because they were frustrated because they were thrown out of their herd. There were a few elephants that loved the attention of being watched by us and were very playful and there were some who pretended like we were not there and minded their own business. 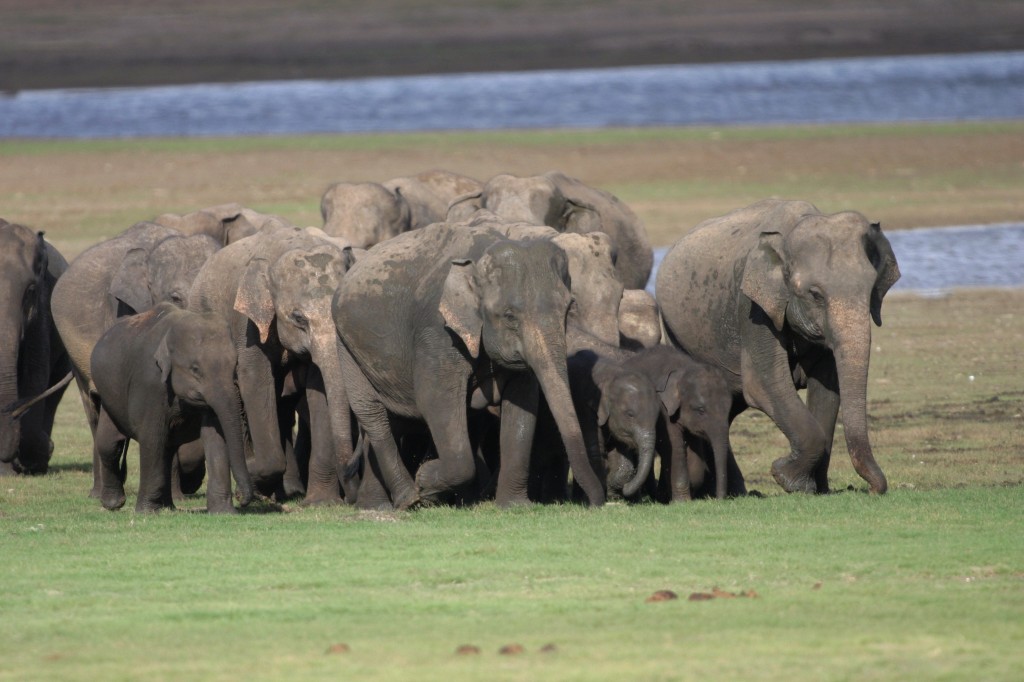 Several minutes after, we headed back toward the Minneriya tank. It was amazing to see over three hundred elephants crowded around the tank all gathering to drink water from there. We stopped the jeep a bit further away from the tank and observed these elephants. A few elephants, when they saw the water, came running towards the tank. There was one mid aged elephant who was trying to provoke an elephant in order to start a fight. He was getting annoyed when the other elephant was not getting provoked. There was another elephant that was more interested in the safari jeeps than anything else. He was moving around in a rhythm and playing with the grass while staring at the jeeps as if to show off.

Having lived in Kandy, the hill capital city of Sri Lanka, during most of my life, I was used to seeing elephants at least once a week. Hence, seeing an elephant to me was no big deal. However, the Minneriya safari experience made me fall in love with these incredible creatures. I learnt so much about the elephants while observing them in the wild and listening to the naturalist who had over twenty years of experience in Minneriya learning about the elephants. It was indeed a wonderful experience. 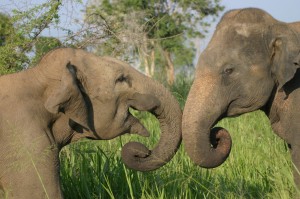 According to the wildlife authorities, the Minneriya elephant gathering is the largest grouping of wild Asian elephants at any given time. This phenomenal sighting, which was listed as Number 6 in the Lonely Planet’s Guide to Natural Wildlife Spectacles of the World, will be a memorable and unique experience of a lifetime to anyone who witnesses it.